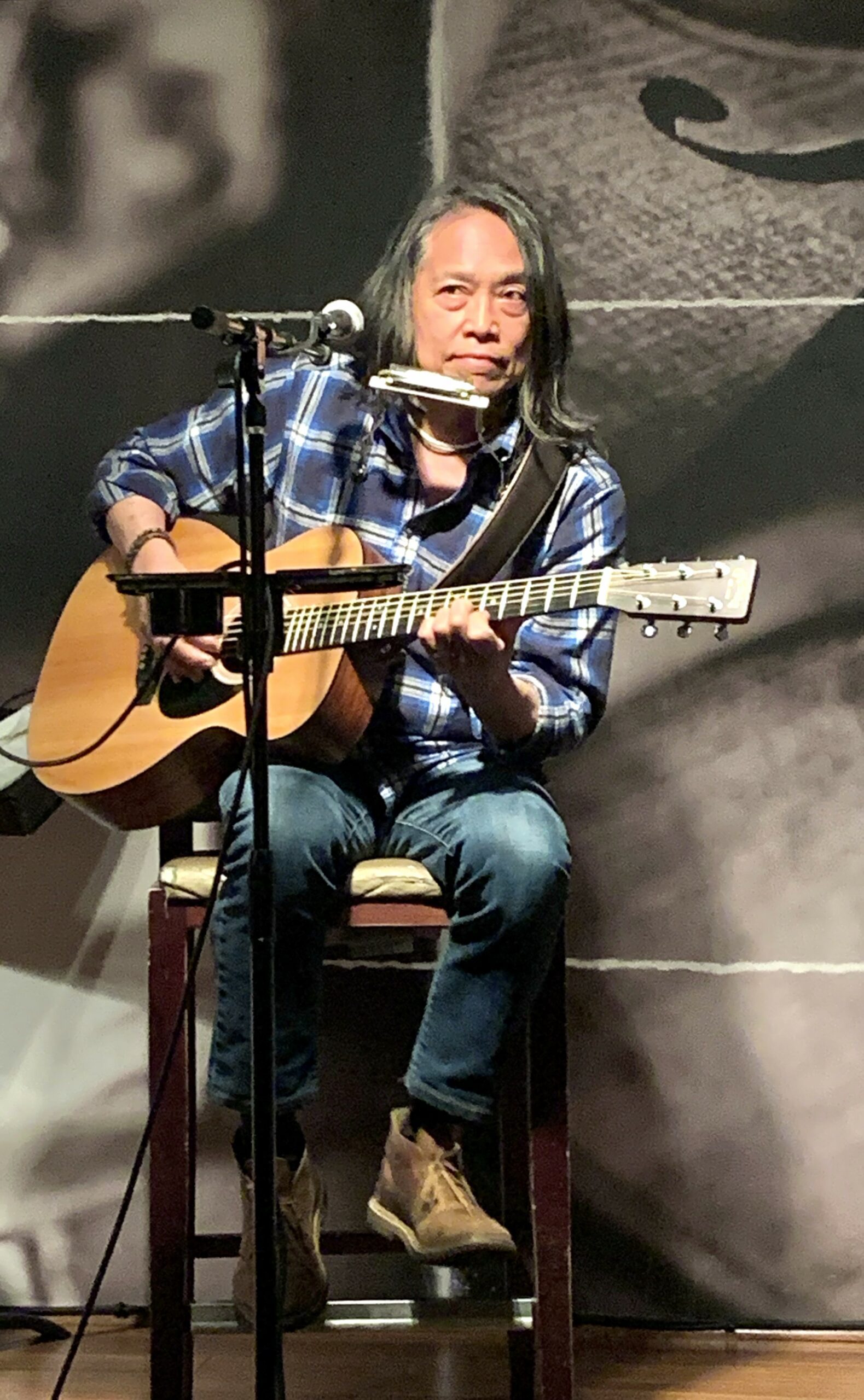 Aloha Danny is a guitarist singer songwriter from Honolulu Hawai’i transplanted to Anacortes Wa. On Fidalgo Island, performing in Western Wa since 1995.
Danny grew up by the beach, and in between surfing sessions trading chords and songs with the other beach boys, there was always a guitar around. His original music is a mix of folk rock funky jazzy fusion, slide and slack key guitar a harmonica on a rack with smooth soulful raspy vocals.
In his performances he covers Crosby Stills and Nash, Jim Croce, Bob Dylan, Van Morrison, Billy Joel, Cat Stevens only to mention a few, along with his Original music.