Mike Faast and the StringCats 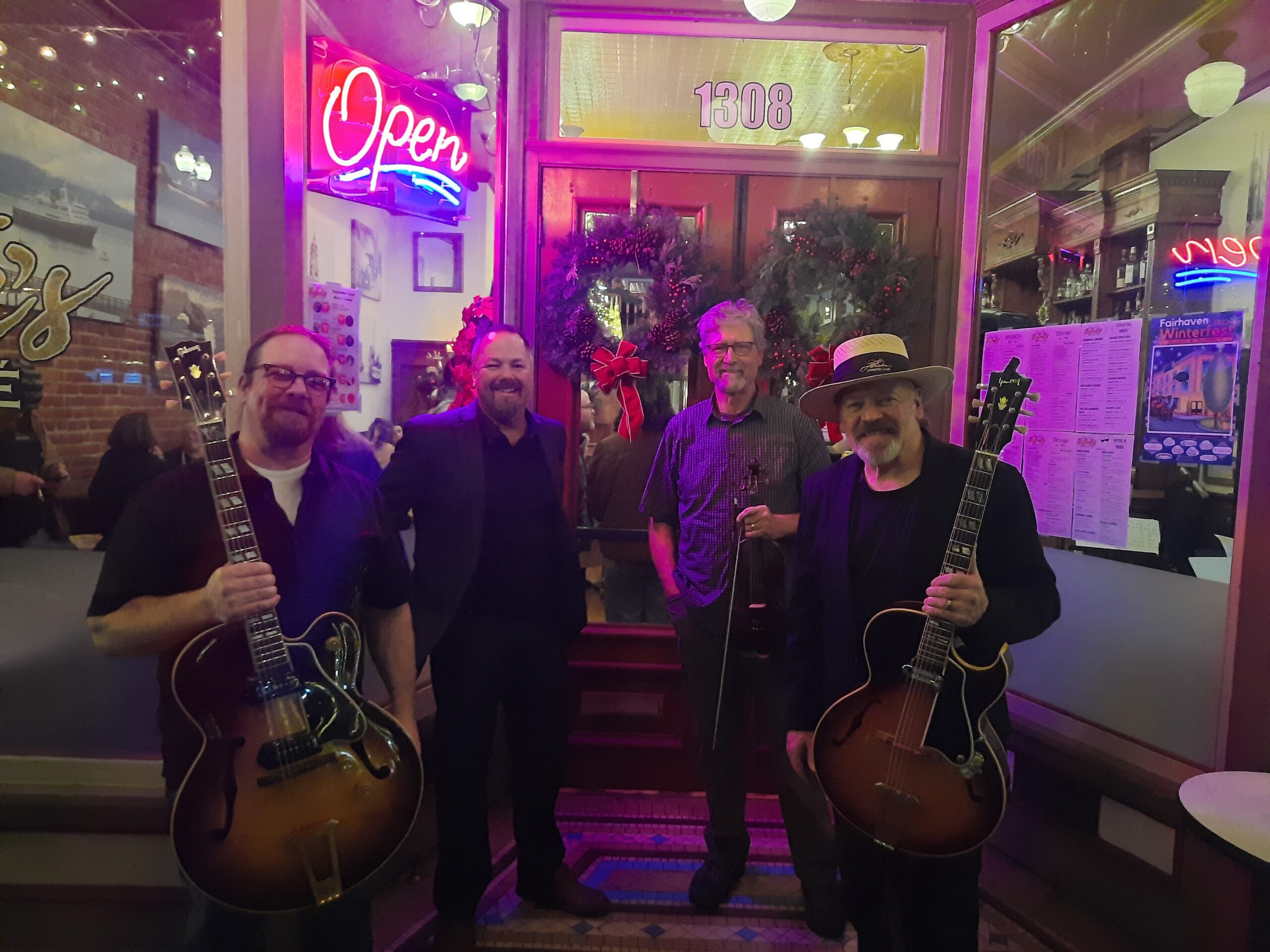 Following in the footsteps of other country/jazz singers such as Freddy Powers, Willie Nelson, Ray Charles, and Pasty Cline, Mike Faast is equally at home singing a warm country ballad, a high honkin’ bluegrass tune or crooning a jazz standard. Mike currently serves as bandleader for the Mike Faast Trio, Brother’s Keeper (gospel), the Cascade Mountain Boys (Bluegrass), the Jangles (Western Swing), and the Jangles Quartet (acoustic string band). Mike has been performing concerts on the West Coast for over thirty years, and his bands have performed in hundreds of events in the great Northwest. In 2016 Mike was inducted into the Northwest chapter of the Western Swing Hall of Fame!